Chamisa in an audacious bid to undercut Mnangagwa 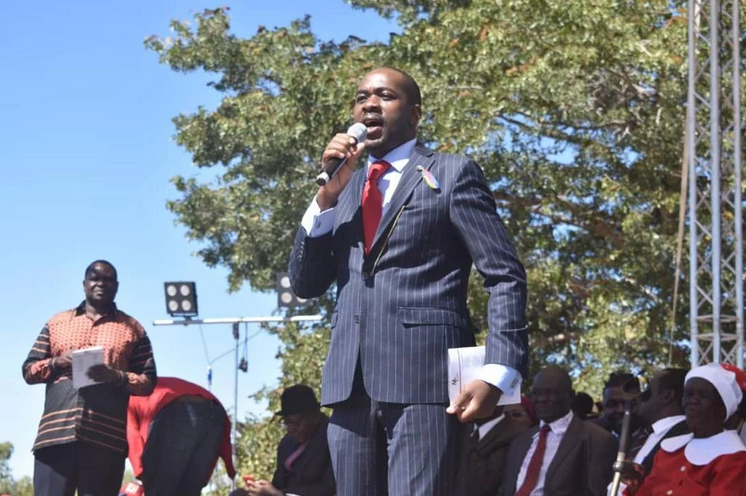 MDC leader Nelson Chamisa in an audacious bid to undercut President Emmerson Mnangagwa, visited a newly completed clinic at the run-down settlement of Hopley, south of the capital a day before the Zanu-PF leader is to officially open it.

While most of his party officials were struggling to deal with an intransigent State apparatus unwilling to stick to the rules over the issue of MDC vice chairperson Job Sikhala’s arrest and expected court appearance that never was, Chamisa chided Mnangagwa for accepting the invitation to officiate at a council clinic. The Harare City Council is run by the opposition.

“Why should Mnangagwa come to open a local authority institution, in fact this is an effort of the council. But if he is coming, he is welcome because he must also come and see evidence of good leadership at local level,” Chamisa told journalists after the visit.

The clinic comes with a community centre built with assistance from the International Labour Organisation, UNFPA and local cement manufacturer Lafarge Cement.

Chamisa added that he was shocked Mnangagwa was recognising success at local authorities run by the opposition but does not see failures by central government he is in charge of.

The opposition leader cited the rot at parastatals like the Zimbabwe National Water Authority (ZINWA), Zesa and the roads that he described as “death traps.”

“That’s the problem. Success has many parents and failure seems to be orphaned, there is failure at ZESA, ZINWA, there is failure in the roads which are now death traps but we are not seeing him there. Then there is now this child from our local authorities, he wants to come here. He should address problems faced in government,” said Chamisa.

His attempt to have the result overturned at the Constitutional Court failed over lack of evidence but he still insisted he won and Mnangagwa must cede power.

Mnangagwa has called Chamisa to dialogue but the overture has been rejected with the youthful politician instead demanding a face-to-face meeting first.
– newzimbabwe