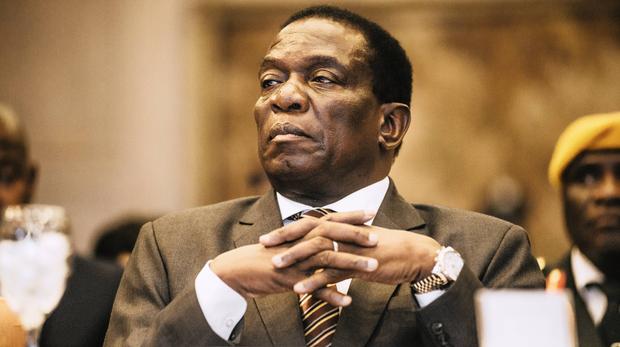 CIVIL servants have warned that they will sabotage President Emmerson Mnangagwa’s government programmes if authorities continue to disregard their demands for better working conditions, the Daily News reports.

The pointed threat came as armed police blocked the planned protest in Harare yesterday by government workers against poor working conditions on fears that the demo would be hijacked by “malcontents”.

Addressing a group of public servants who managed to gather in the capital – having failed to force their way through to the government’s offices to present their petition – Apex Council chairperson Cecilia Alexander declared that they would escalate their fight with authorities after realising that their employer was not keen on genuine negotiations.

“The president must realise that we are the ones who drive his vision, but if he continues like this we will give half-baked services and that will reflect on his leadership.

“He may see us as useless, but at the end of the day whatever his vision is, he might not get there,” she warned.

The lowest paid civil servant gets slightly above $1 000 a month, an amount that government employees have described as “slave wages”.

Government workers are unhappy that their employer is unwilling to give them US dollar-indexed salaries, to cushion them against the country’s skyrocketing inflation which has resulted in prices of basic goods hitting the roof.

Alexander also expressed concern yesterday that police were being forced by the government “to act against their conscience” by dealing roughly with other workers – noting that they too were suffering.

“What this means is that it is the beginning of a new battle because we have nowhere else to go and no other option but to retaliate. So, next week we will be taking the struggle to another level,” she said – tearing to pieces the petition they had hoped to deliver to Finance minister Mthuli Ncube, before demanding his immediate resignation.

The president of the Amalgamated Rural Teachers Union of Zimbabwe (Artuz), Obert Masaraure, said the action by the police was “a sign that Mnangagwa was in panic mode”.

“Maybe he is worried that since this is November, the month which he came into power via a coup, then we are probably planning the same thing, yet ours is a labour struggle.

“There is no reason to declare a state of emergency. The president must pick his wars properly because there will be no one to protect him when his soldiers, police and secret service officers are starving … now we are going to bring the  country to a  standstill,” he said.

“This is an example of a system that has failed and ED must be told that this is unnecessary as we were not about to deliver a grenade, but a mere petition.

“Now, this has turned into a police protest, as they are way more than the people who came here intending to march … Their anger is not that we wanted to protest but that we have failed to do that as they are also suffering,” he said sarcastically as he also tore up a petition that PTUZ also wanted to deliver to authorities.

The police had earlier given the Apex Council the green light to march and petition their employer, despite later reneging on that undertaking.

“Please take note that the current situation in the CBD is volatile hence any call for demonstrations might be taken advantage of by malcontents and other pressure groups, and violence may erupt resulting in damage to property and possible injury to people.

“For this reason, please confine your demonstration to your offices … and send not more than four representatives to hand over the petition,” the police directed the civil servants yesterday.

In the meantime, police maintained a heavy presence at strategic places in the capital – including at Africa Unity Square and the opposition MDC’s national headquarters.
– dailynews