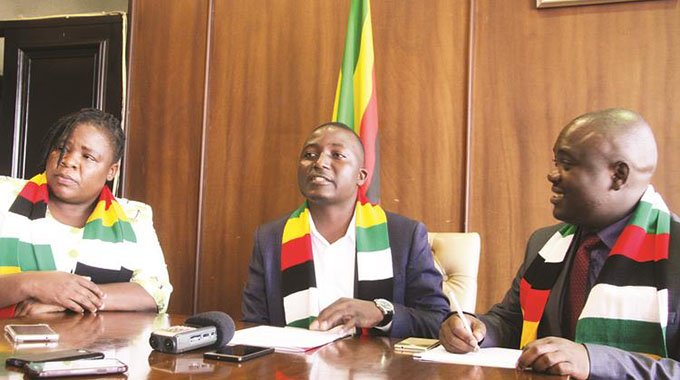 ZANU-PF will not waste time listening to former President Robert Mugabe’s rantings because he belonged to the past, a ruling party’s youth league member has said.

“It’s a waste of time to talk about Mugabe. He is old and at 94 nobody will listen to his hallucinations,” Matutu said.

Other leading politicians in the new party were interim leader Ambrose Mutinhiri and Mugabe’s nephew Patrick Zhuwao and former Higher Education minister Jonathan Moyo were also linked with the party.

Mugabe was forced to resign in November last year after years of Zanu-PF internal strife and power struggles that threatened to tip the country over.

A military intervention paved the way for Emmerson Mnangagwa to take charge of the party and country with an angry Mugabe who initially accepted the military’s role as legal now arguing he was unconstitutionally removed through a coup.

Matutu said Zanu-PF will not care who Mugabe chose to associate with.

“We will not be worried even if Mugabe were to associate himself with the MDC-T, we will not waste our time with him. In the early years of independence, he did some good things, but lost his way after marrying a young wife who was controlling him,” the youth league deputy secretary said.

“Mugabe is the past and Cde Mnangagwa is the future. Zanu-PF is and was not a family pet project owned by Mugabe. It is a people’s project that is moving forward. People will come and go but the party will remain,” he said.

Asked what Mnangagwa (75) has in store for the youths, Matutu said young people owed the new Zanu-PF leader a debt of gratitude because he masterminded Mugabe’s removal.
“Every Zimbabwean was fed up with Mugabe and Mnangagwa was the one who removed the old leader. Youths owe him their vote, if not for anything, then for that alone. The independence we will be celebrating this week is two-fold, freedom from colonial rule and from Mugabe.

“Mnangagwa has the future of the youths at heart and has humbled himself to return the country to the table of nations where it belongs rather than shouting at everyone,” Matutu said.

Mugabe turned Zimbabwe into an international pariah after adopting controversial policies that brought a once thriving economy to its knees.
– newsday