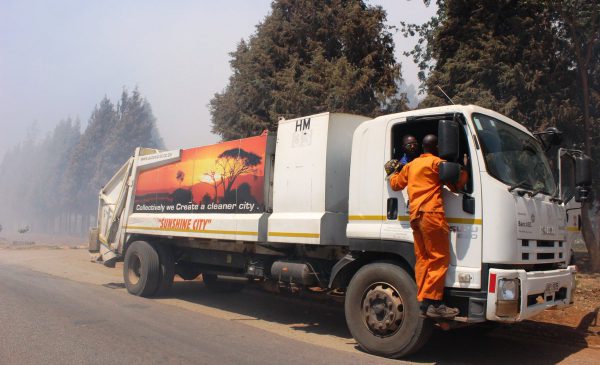 HARARE City Council (HCC) is failing to collect garbage as 15 refuse compactors are still stuck in South Africa because of lack of foreign currency to pay for their duty.

Harare mayor Herbert Gomba said the refuse fleet situation was made worse when the Reserve Bank of Zimbabwe (RBZ) cut off local authorities from accessing forex through them. He said the city has been constantly engaging the RBZ governor for foreign currency so that the equipment stuck in South Africa is brought into the country.

“We have more than 15 refuse trucks, compactors and graders that have been stuck in South Africa for two years because we do not have the foreign currency to pay duty to bring them into the country.

“We cannot just sit by and let service delivery suffer because of that, hence the decision to hire the trucks. We are faced with many challenges and if we leave them because of trucks stuck at the border, there will be a disaster,” Gomba said.

He said refuse trucks are not the only equipment they bought as they also have road repairs and maintenance vehicles. The refuse compactors and road construction vehicles which were purchased under a $30 million multi-bank loan facility include 30 garbage trucks, 10 skip trucks, 10 tipper trucks, three graders, one chip spreader and one jetpatcher from Faw Zimbabwe.

Last year, town clerk Hosea Chisango and Gomba engaged RBZ governor John Mangudya on the matter which the latter said would look into. He said council needs $1,3 million from central government in order for the trucks to be delivered into the country. Harare is currently operating at 64 percent of its refuse collection capacity as only 23 garbage trucks are on the roads while the rest require repairs.