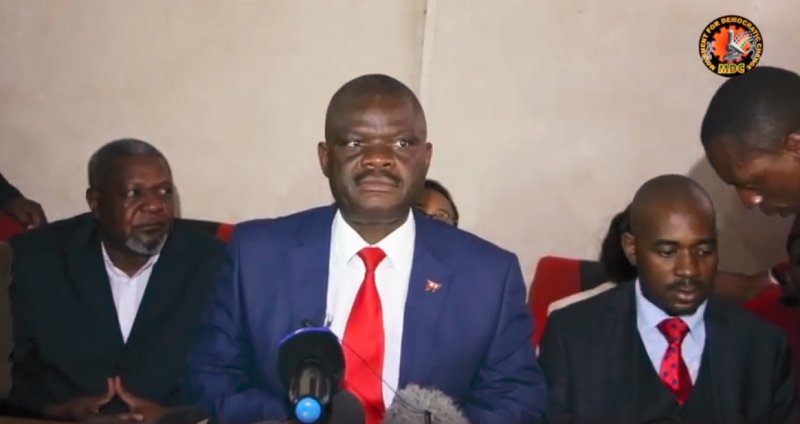 THE MDC Alliance has renewed its campaign to force the government to allow Zimbabweans based in the Diaspora to vote in the upcoming general elections.

MDC-T acting chairperson Morgen Komichi announced the move during a visit to South Africa at the weekend, where he accused the Zanu-PF government of deliberately blocking the Diaspora vote to deflate the opposition’s support base.

“We had a very good meeting with the Diasporas, it was really great,” Komichi said.

“Their issue was that they must be allowed to vote in the same manner that workers at Zimbabwean embassies do vote. Although some of them want to come back home, they are staying put because the situation is bad in Zimbabwe.

“We are talking of people who are highly skilled, but living in poor conditions. They want to vote and there should be ways to allow those that have their IDs to vote.
This is an issue we are taking up. With regards to registration, there can be a blitz that will spread in several parts of South Africa,” Komichi said.

“We are pushing the matter. There are millions of people who want to vote. If you go to South Africa, you will shed tears if you see how people are living there. It is not nice. These are the people who want to come and vote and change the country’s fortunes. In our view, they should be allowed to participate.”

He added that the embassy staff was allowed to vote only because there was high likelihood that they would vote for Zanu-PF.

“One of the issues that were very clear and overwhelming is the support for Nelson Chamisa. The high turnout only proves that Chamisa is the man of the moment,” he said.
– newsday