Sikhala to appear before Bikita magistrate 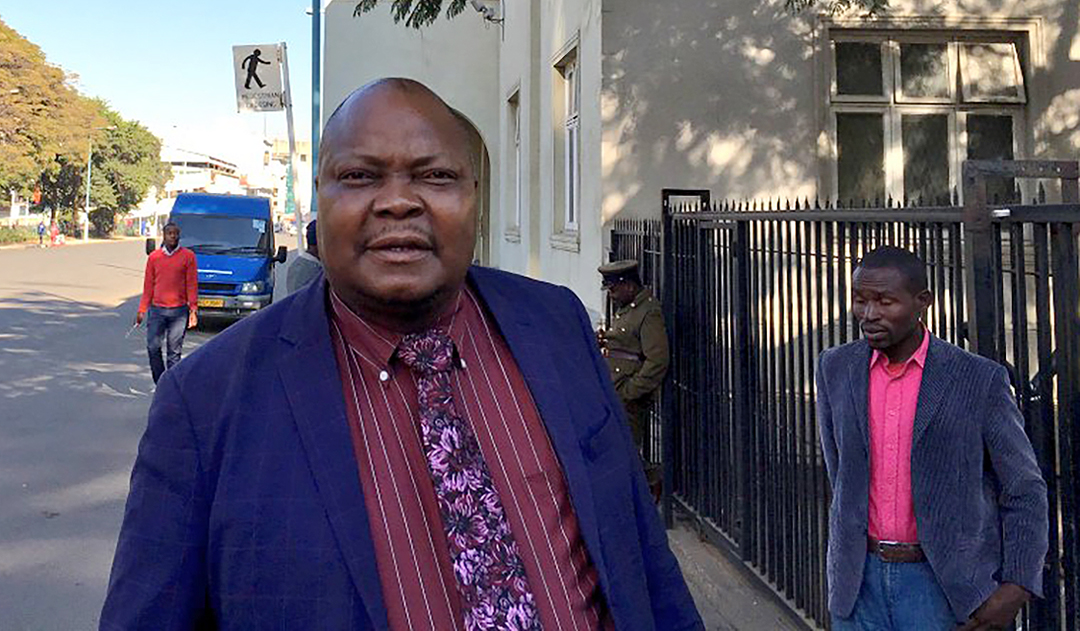 The MDC-Alliance deputy national chairperson, Job Sikhala, who was arrested on Monday for allegedly subverting a constitutionally elected Government is expected to appear before a Bikita magistrate today.

Sikhala was yesterday taken to Bikita by the police, where he will appear before a magistrate. Rumour that the politician had “gone missing”, had circulated yesterday before the police communicated the correct position.

National police spokesperson Assistant Commissioner Paul Nyathi confirmed the transfer of the suspect to Bikita, where the offence was allegedly committed.

“Job Sikhala is not missing. He is safe. He allegedly committed the offence in Bikita and he has been taken there to appear before a court of law,” he said.

Asst Comm Nyathi, however, also condemned the behaviour by some MDC youths who reportedly besieged the Harare Magistrates’ Court protesting the arrest. They expected him to appear before that court.

An address by MDC secretary for legal affairs, Mr Innocent Gonese, outside the Harare Magistrates Court stating that Sikhala had gone missing sparked the demonstration.

“We also condemn the actions by some youths who interfered with business at court,” Asst Comm Nyathi said.

The Ministry of Information, Publicity and Broadcasting Services also confirmed the developments yesterday in a tweet.

“We have noted media reports alleging that Hon Sikhala is missing. Those reports are inaccurate. The courts have directed that his case should be tried in Bikita. Hon Sikhala is being transported by the police to Bikita where the alleged crime was committed.”

Addressing a rally in Bikita over the weekend, Sikhala said his party would overthrow the Government before 2023.

“We are a committed leadership that will give Zanu-PF headaches and (Amos) Chibaya was not lying or joking about the war and fight we are going to take to the doorstep of Emmerson Mnangagwa. We are going to overthrow him before 2023, that is not a joke,” he said.

Sikhala was arrested for contravening Section 22 (2) (a) of the Criminal law (Codification and Reform) Act (Chapter 9:23).

On Monday, Secretary for Information, Publicity and Broadcasting Services, Mr Nick Mangwana said the undermining of a legitimate authority was a serious crime. The MDC has, however, since its inception in 1999 been known for its culture of violence and their agenda is to make the country ungovernable.

In January, MDC and its associates in the non-governmental sector, using social media, instigated violence that left a trail of destruction worth millions of dollars in Harare, Bulawayo and other cities after its hooligans barricaded roads, burnt cars and stormed schools where they beat up teachers.

They looted supermarkets, stoned or torched police and private vehicles and buses. They also beat up police officers.
– chronicle