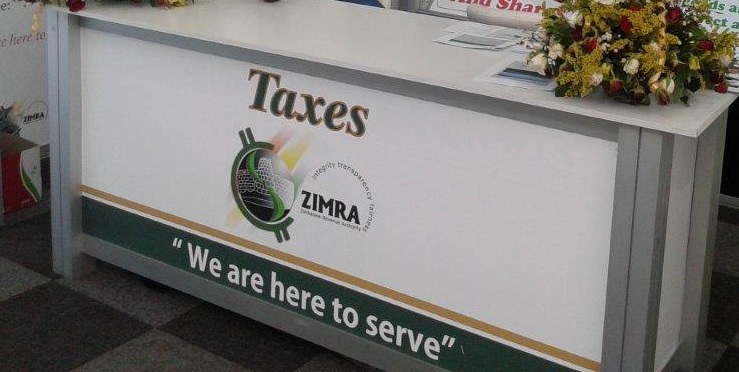 THE Zimbabwe Revenue Authority (Zimra) says the debt from unpaid taxes widened by 7 percent (or $284 million) to $4, 2 billion by end of the first quarter of 2018 due to low compliance.

The huge debt overhang undermined the revenue authority’s positive revenue performance in the quarter under review.

Zimra chairman Willia Bonyongwe said Zimra was in negotiations with the relevant authorities over public enterprises’ debt and for set-offs where Government owed the private sector.

“It should also be pointed out that given the prevailing high level of non-compliance and increased audits by Zimra the debt is likely to increase.

“Taxpayers should take heed of the amnesty because then they will not pay the penalty and interest component as per legislation,” said Mrs Bonyongwe.

However, Zimra’s gross collections for the first quarter of 2018 were 8 percent above target at $1, 1 billion, on the back of an improving operating environment and effective use of automated facilities.

Mrs Bonyongwe said the authority expected to maintain the positive trend going forward as the new leadership at the regulatory institution implements effective measures to boost revenue collections and reduce leakages in the system.

The revenue collector appointed Ms Faith Mazani as its commissioner general in January this year, replacing Gershem Pasi, who resigned in May last year.

Net revenue collections for the period jumped 27 percent to $1,058 billion, which was also 2,74 percent ahead of the target.

Major contributors to revenue were excise duty which accounted for 21 percent, net VAT on local sales at 19 percent and individual tax at 18 percent.

“The positive revenue performance is attributed to the authority’s efforts in revenue enhancing projects and debt follow up, a resolute stance on corruption as well as the increased use of electronic and mobile money in transacting,” she said.

Revenue collections from individual tax amounted to $193, 7 million, representing 93 percent of the target and 16 percent ahead of same period last year.

Debt under this revenue head had increased by 3,2 percent to $850 million by end of the quarter due to salary cuts, retrenchments and irregular salary payments by some organisations coupled with non-compliance.

VAT on local sales’ revenue totalled $265 million against the targeted $234,9 million resulting in a positive variance of 13 percent due to increased use of plastic money.

Revenue collections from VAT on imports amounted to $123 million, which was 43 percent above same period last year and 22 percent ahead of target.

On excise duty, revenue for the quarter increased 55 percent to $233 million.

Major contributors to this were fuel, airtime and beer which accounted for 74 percent, 13 percent and 8 percent respectively.

For corporate income tax, the revenue head had a positive performance with collections of $128,5 million, which was 31 percent above target and 38 percent ahead of same period last year.

Zimra attributed this growth to improved profitability by some companies together with increased electronic and mobile financial transactions which are traceable for tax purposes.

Economist Persistence Gwanyanya said the improvements in revenue performance were reflective of the consumptive nature of the economy and were linked to the strong performance of companies, which has been on an upward trend of late.

“If we look at earnings results for most companies for the financial year 2017, they have been improving on profitability.

“But this growth is mainly reflective of the consumptive side and not the productive side of the economy. There is a lot of money that is propping up consumption and not production,” he said.

He however indicated that while Zimra’s revenue performance had been on an upward trend, the same was posing negatives on some companies.

“Zimra has been strict and aggressive in collections and follow ups such that in some cases they collect to the bone,” he said.

Mr Gwanyanya said this was also tantamount to destroying the goose that lays the golden egg.